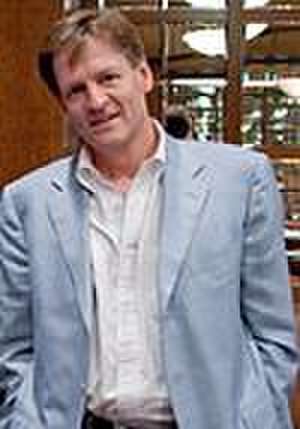 Michael Monroe Lewis (born October 15, 1960) is an American author and financial journalist. He has also been a contributing editor to Vanity Fair since 2009, writing mostly on business, finance, and economics. He is known for his non-fiction work, particularly his coverage of financial crises and behavioral finance.

Lewis was born in New Orleans and attended Princeton University where he graduated with a degree in art history. After attending the London School of Economics, he began a career on Wall Street during the 1980s as a bond salesman at Salomon Brothers. The experience prompted him to write his first book, Liar's Poker (1989). Fourteen years later, Lewis wrote Moneyball: The Art of Winning an Unfair Game (2003), in which he investigated the success of Billy Beane and the Oakland Athletics. His 2006 book The Blind Side: Evolution of a Game was his first to be adapted into a film, The Blind Side (2009). In 2010, he released The Big Short: Inside the Doomsday Machine. The film adaptation of Moneyball was released in 2011, followed by The Big Short in 2015.

He is the recipient of two Los Angeles Times Book Prizes as well as notable selection features on the New York Times Bestsellers Lists.